The Munsters Pro Pinball Machine by STERN Pinball comes with free delivery, 2 year warranty and we have the lowest price for the Official UK version. 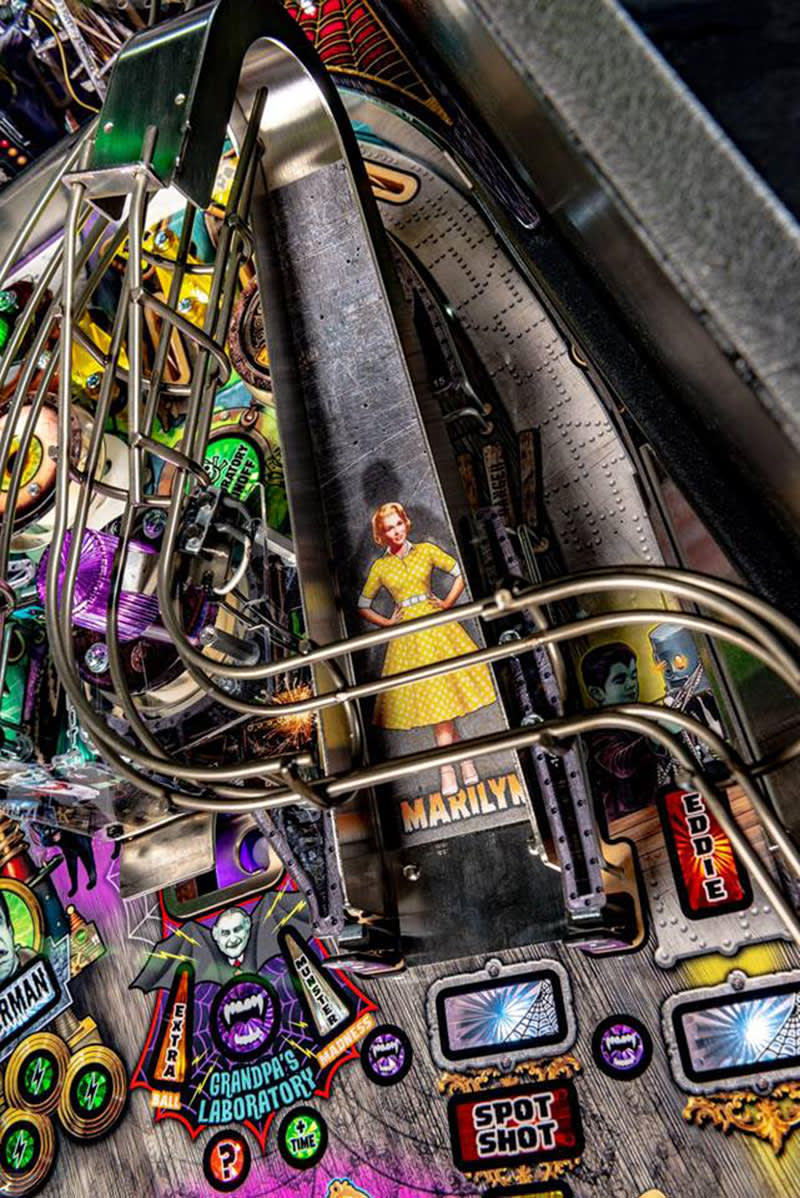 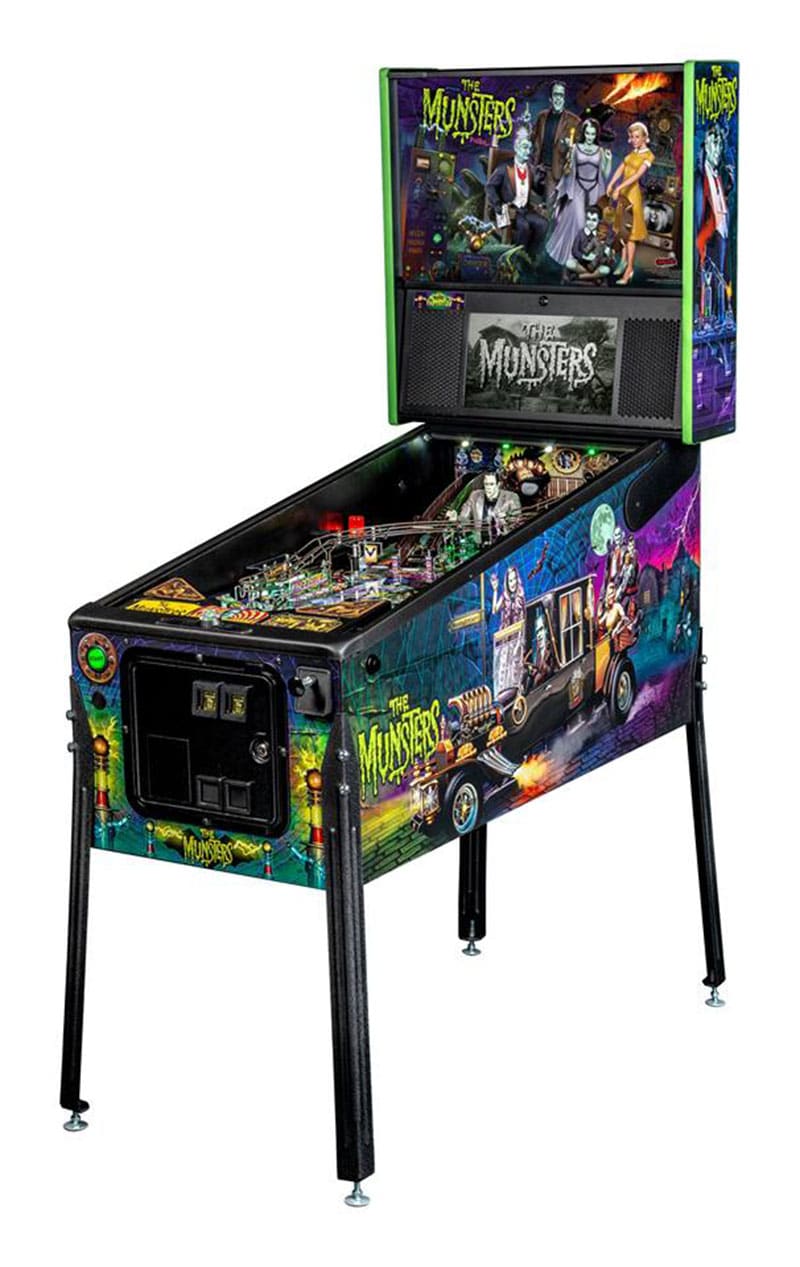 The Pro version of The Munsters offers a very unique aesthetic based around one of television’s most beloved sitcom families, where you’ll find Herman himself at the top of the playfield, Eddie’s pet dragon Spot hidden away under the staircase, and even a scoop to enter Grandpa’s secret laboratory. 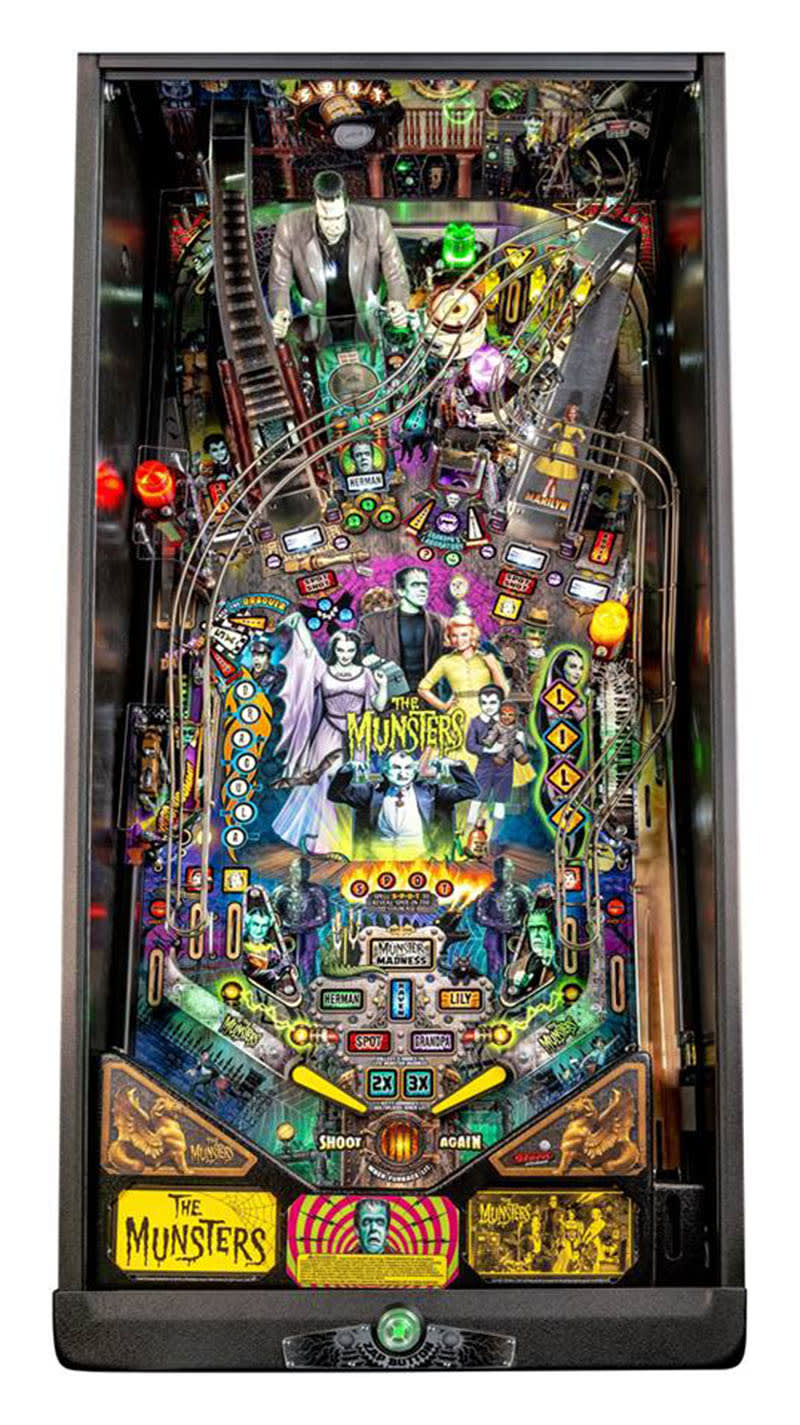 For more details see our Showroom page. For directions see our How to Find Us page.
The Munsters Pro Pinball Measurements: