The Stern Star Wars Premium Pinball Machine comes with free delivery, 2 year warranty and we have the lowest price for the Official UK version. 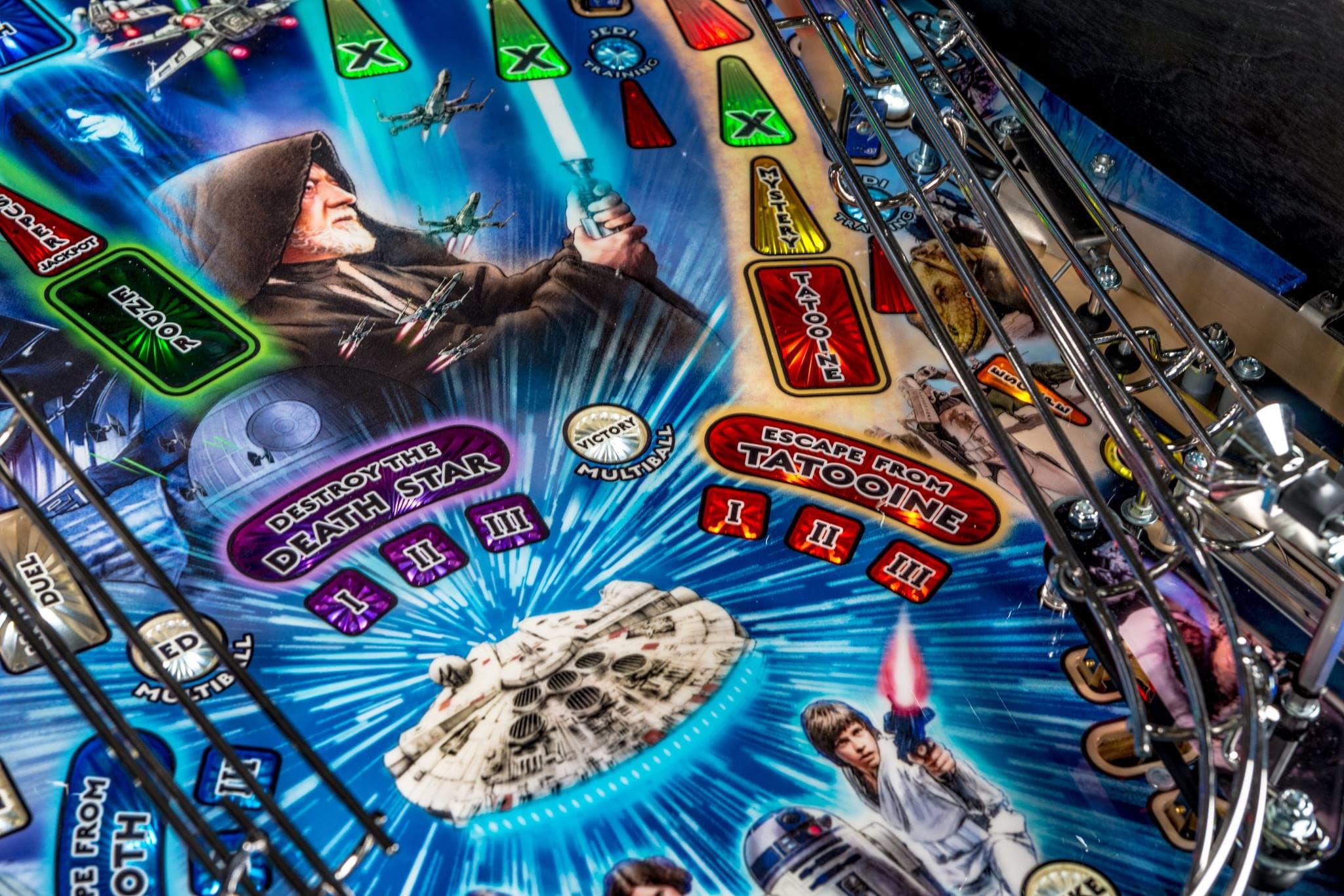 Please note that the above images are of an unreleased product, and further images will be made available closer to the time of release.

STERN Pinball’s Star Wars is the perfect commemoration to 40 years of arguably the most iconic sci-fi series ever made. Being the first new Star Wars pinball machine since 1999’s Star Wars: Episode 1, Star Wars by STERN revisits the classic Star Wars trilogy, and the saga of the rise of the Jedi against the conquering Galactic Empire. Star Wars’ playfield was designed by pinball legend Steve Ritchie, who was responsible for 2013’s much sought-after Star Trek, and most recently Game of Thrones. The game also includes a high definition LCD screen to replace the standard dot-matrix display often found on pinball machines. Disposable vape pens for sale

Stern’s Star Wars Pinball is available in three versions – The Pro Edition, the Premium Edition, the Limited Edition model. A sheet comparing the features of these three machines will be available in a sheet that is coming soon.

For more details see our Showroom page. For directions see our How to Find Us page.
Stern Star Wars Premium Measurements: