The Stern Star Wars Comic Edition Premium Pinball Machine comes with free delivery, 2 year warranty and we have the lowest price for the Official UK version. Please note that this product has not yet released, and we are taking deposits now! Secure your machine for £750 now, and pay the rest of your balance on shipping. 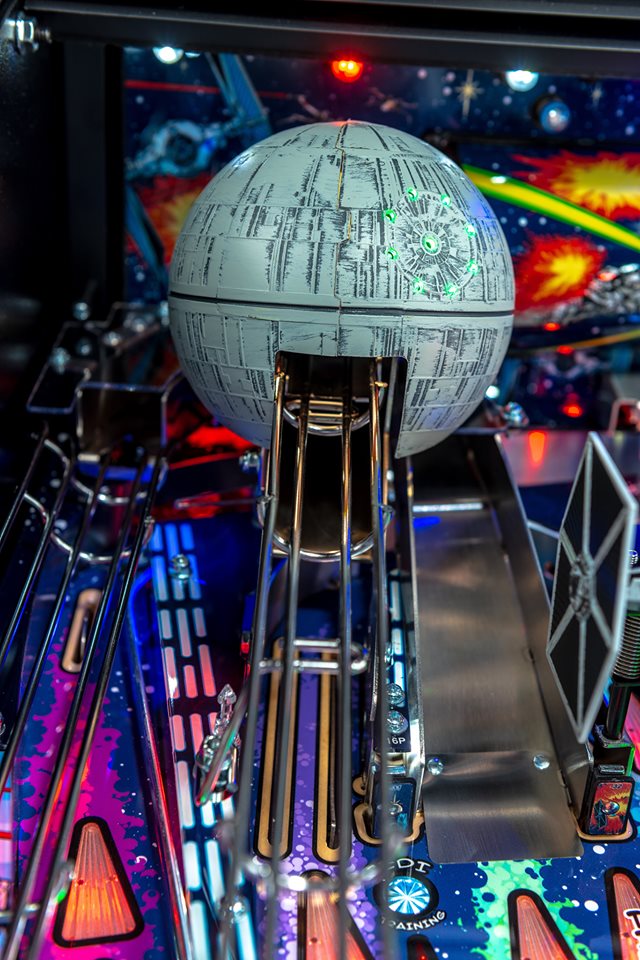 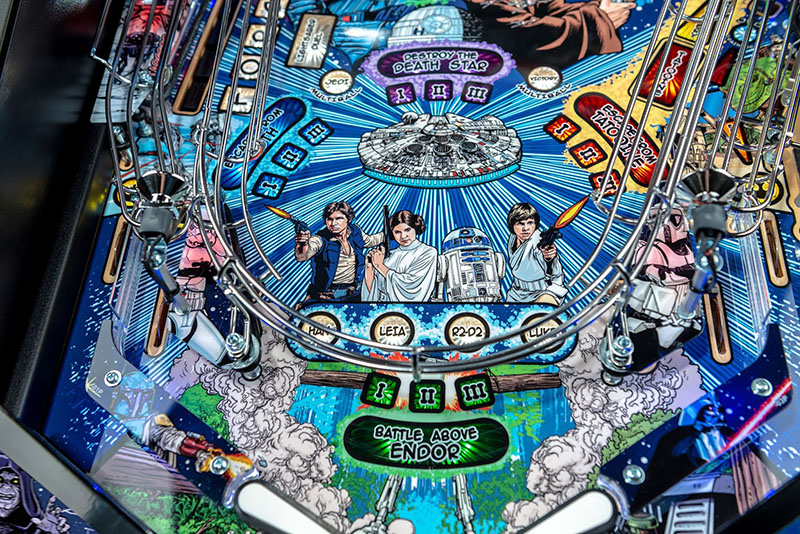 Stern’s Star Wars Pinball is available in three versions – The Pro Edition and the Premium Edition model. A sheet comparing the gameplay features on these models can be read here.

(The Comic Edition is not available as an LE)

For more details see our Showroom page. For directions see our How to Find Us page.
Stern Star Wars Comic Edition Premium Measurements: