The Jurassic Park Pro Pinball Machine by STERN Pinball comes with free delivery, 2 year warranty and we have the lowest price for the Official UK version.

Run for your lives! STERN Pinball’s takes us back to the time when dinosaurs ruled the earth in 2019’s game Jurassic Park! Vape shop near me

Jurassic Park takes players to the remote island of Isla Nublar, where the incredible Jurassic Park is situated. The playfield is a chaotic danger zone of ramps, bumpers and of course dinosaurs! The movie’s imposing T-Rex looms over the back of the playfield, and the dangerous raptor enclosure can trap your shots to start modes. 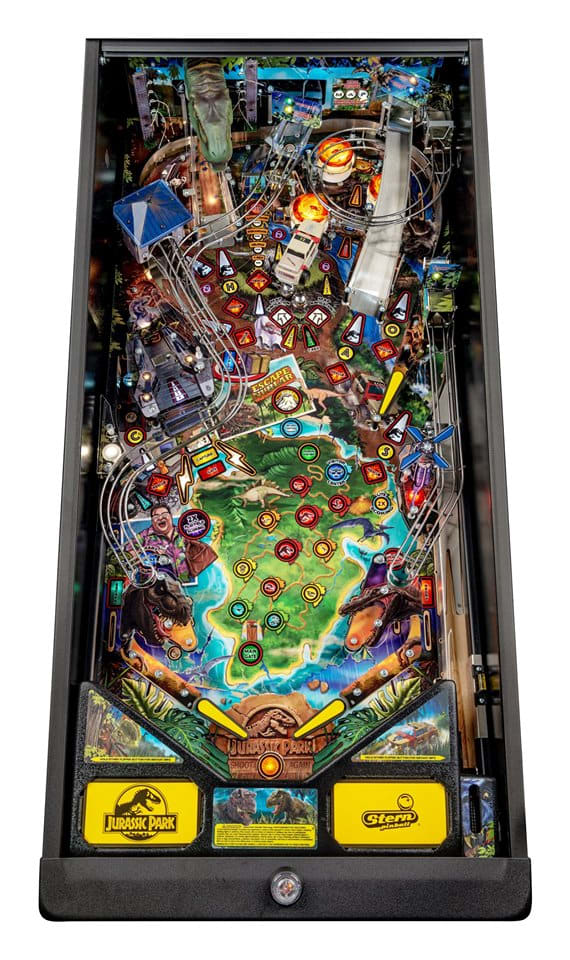 For more details see our Showroom page. For directions see our How to Find Us page.
Stern Jurassic Park Pro Measurements: