The Jurassic Park Premium Pinball Machine by STERN Pinball comes with free delivery, 2 year warranty and we have the lowest price for the Official UK version.

Note: Playfield images shown are of the LE version of the game. The Premium version does not include the green exterior cabinet trim, or internal cabinet side and rear art.

The Premium version of Jurassic Park includes a whole host of additional features and embellishments to make it one of the greatest movie themed pinball machines of all time. Full RGB LED lighting covers the playfield, allowing any insert to display any colour. There are plenty of additional physical playfield features too. For example, the game’s iconic T-Rex can puck balls up off of the ramp before thrashing and throwing it away to elsewhere on the playfield, a motorised entryway to the Raptor enclosure that can trap balls, and even an animated lunging raptor. 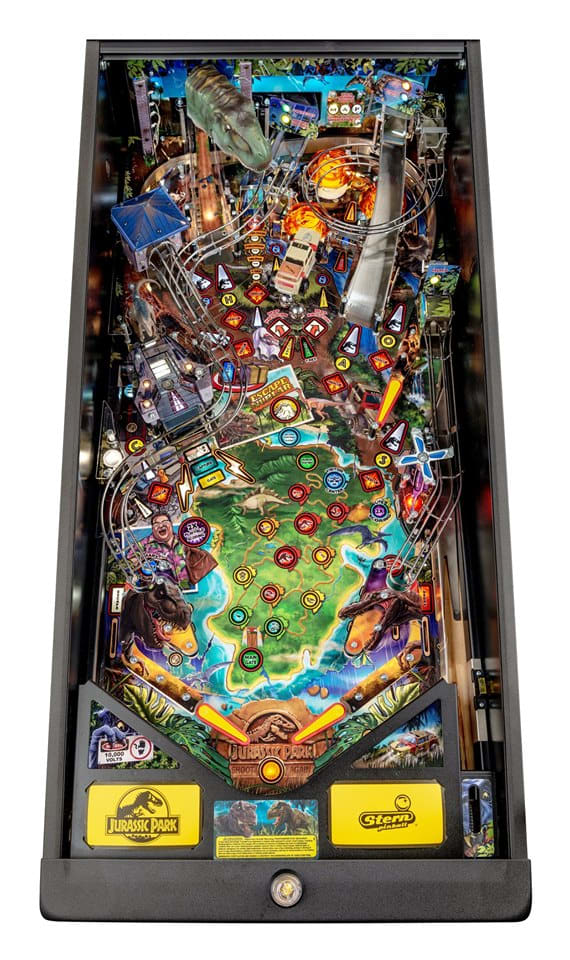 For more details see our Showroom page. For directions see our How to Find Us page.
Stern Jurassic Park Premium Measurements: