The Stern Ghostbusters Premium Pinball Machine comes with free delivery, 2 year warranty and we have the lowest price for the Official UK version.

This fantastic addition to Stern’s range of licensed pinball machines celebrates the classic Ghostbusters 80’s films. Stern’s Ghostbusters pinball features everything fans would expect in a pinball based on the films including the voice of Ernie Hudson as Winston Zeddemore, audio from the original film and Ray Parker Junior’s Ghostbuster’s theme tune!

We are now taking deposits to secure your machine on a first-come, first-served basis!

The fantastic Premium version of the Ghostbusters pinball features artwork from renowned illustrator, Zombie Yeti, and is designed by John Trudea who is famous for his work within Creature from the Black Lagoon (Bally), Mustang (Stern) and Judge Dredd (Midway). This model features extra additions to the playfield including an interactive hologram of famous ghosts from the films. Ernie Hudson helps you work your way through the levels and different challenges you face to become a member of the Ghostbusters, which is the main aim of the game.

The first Ghostbusters film was released in 1984 and after the success of the first film, a second in the series was released in 1989 and the duo were named as some of the highest grossing films released in the 80’s! The 80’s theme reflects in the very detailed, vibrant artwork created by Zombie Yeti and has an authentic day-glow 80’s retro feel to it.

During gameplay, players are told that NYC has been invaded by a variety of ghostly apparations. Guided by Ernie Hudson, the player must collect the loose ghost spirits and complete various other challenges in order to work their way up the ranks to become an official member of the Ghostbusters team. Players can earn rewards along the way by hitting pop-bumpers, the 2 Scoleri Brothers targets and other features on the playfield. 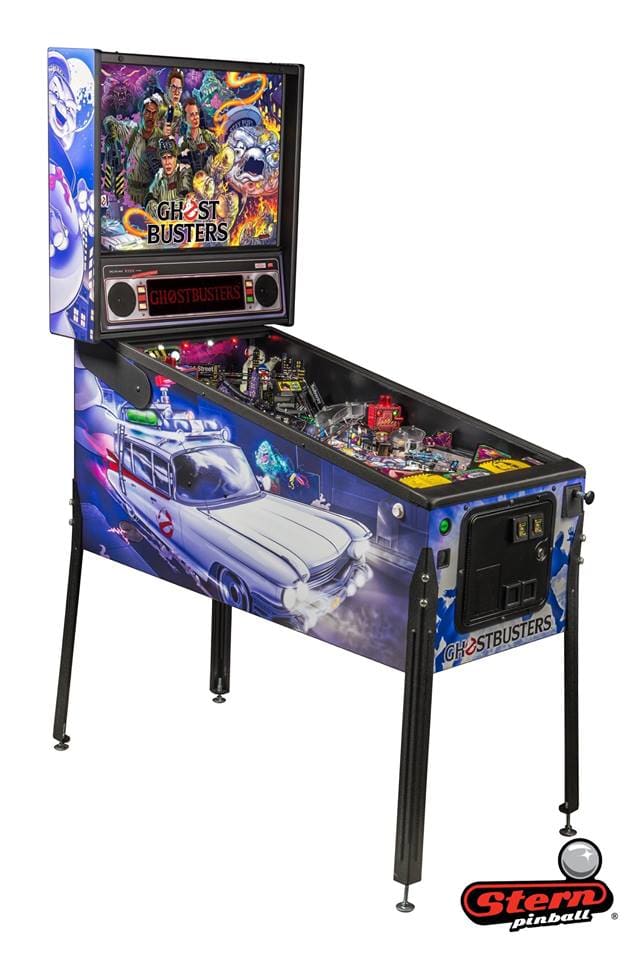 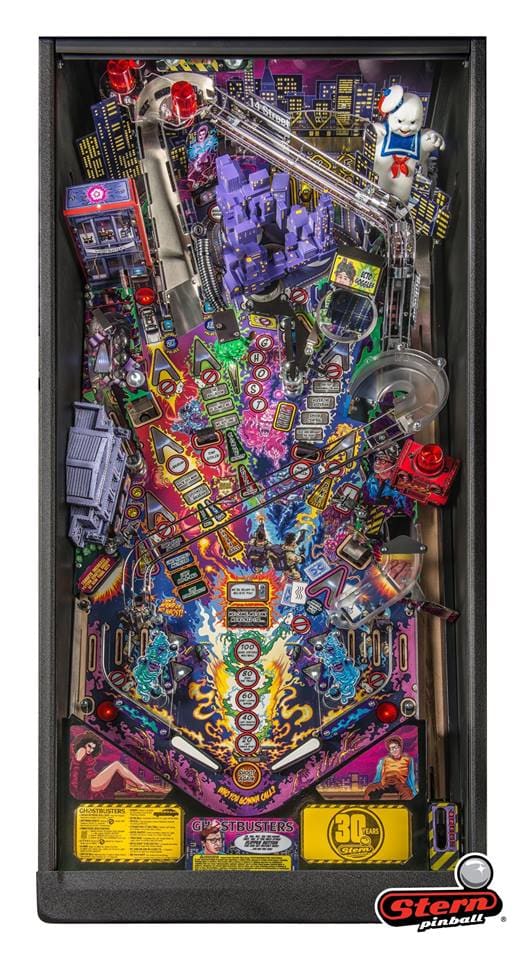 For more details see our Showroom page. For directions see our How to Find Us page.
Stern Ghostbusters Premium Measurements: