The Stern Game of Thrones Pro Pinball Machine comes with free delivery, and we have the lowest price for the Official UK version.

This fantastic addition to Stern’s range of licensed pinball machines celebrates HBO’s Game of Thrones, based on the books by George R.R. Martin and quickly becoming one of the most popular television shows of all time. Stern’s Game of Thrones pinball features everything fans would want in a pinball version of Westeros, chronicling the power struggles among noble families fighting for control of the Iron Throne of the Seven Kingdoms.

Since its first broadcast in 2011, Game of Thrones has taken the fantasy genre by storm, depicting a world of magic, dragons, swords and intrigue. Winning dozens of awards and inspiring countless fans, Game of Thrones is now the theme for Stern’s latest pinball creation. Players choose one of the iconic houses – Stark, Lannister, Greyjoy, Baratheon, Martell or Tyrell – to represent as a knight in a bid to rule Westeros. 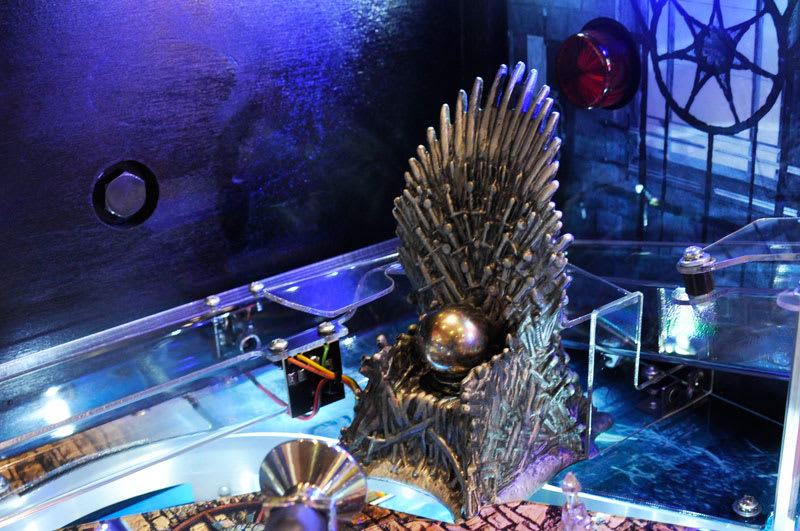 During play, players can win valuable random awards and features with Reel Pops, by playing the Pop Bumpers and spinning three virtual spinning reels on the display. When three identical symbols line up, the player is awarded the prize shown on the reels. Earn gold and spend it on needed weapons and features. An Action Button is featured on the front molding, for the largest array of interactive play features ever seen in a pinball machine. 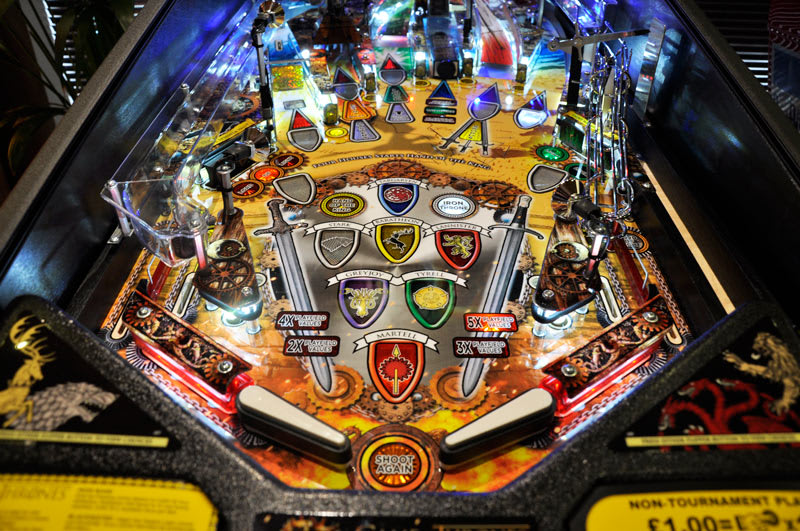 Game of Thrones Pinball comes in three different versions – the Pro model, the Premium Edition and the Limited Edition variant which is made in strictly limited numbers. For a .pdf comparing the three models, please click here. 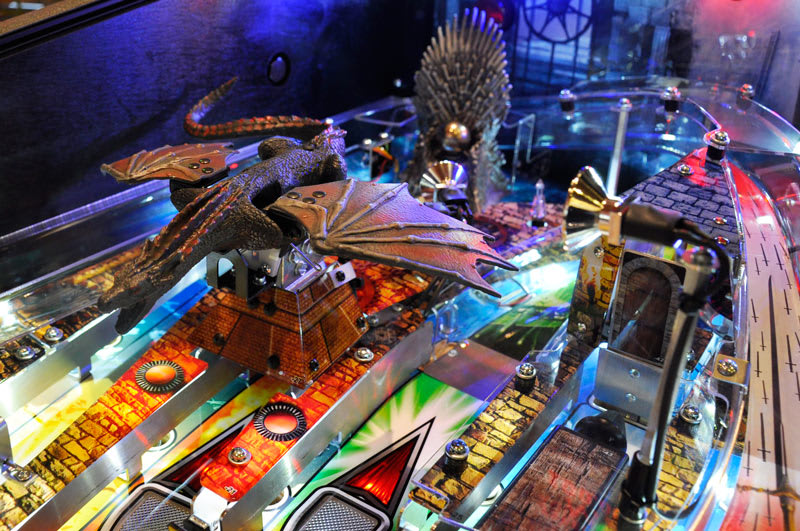 For more details see our Showroom page. For directions see our How to Find Us page.
Stern Game of Thrones Pro Measurements:

The Game of Thrones pinball machine comes with a 2 year parts warranty. All parts that are faulty will be replaced. Often we can solve any problems over the phone and supply any necessary components for the customer to fit. If necessary our specialist repairer can visit your home to inspect and repair your machine on-site, but this would be chargeable. Please call us for a call-out quotation. If parts are required which are not carried at the time these will need to be ordered for you, and will sometimes need to be imported from the States – therefore, there can be a wait for the part to arrive.