The Elvira’s House of Horrors LE Pinball Machine by STERN Pinball comes with free delivery, 2 year warranty and we have the lowest price for the Official UK version.

Last seen in the incredibly popular Scared Stiff pinball machine released in 1996, Elvira returns to pinball for yet another frightfully fun romp through her all-new House of Horrors. In this game, Elvira’s trying to sell her mansion of horrors that’s been plagued with monsters and spirits from all of riotous movies she has presented in the past. Send your shots into the house’s main door, cellar or garage and watch the house light up with special modes and features as the creatures within begin their haunts.

Game designer Dennis Nordman returns to design the game (responsible for the previous Elvira titles) and programmer Lyman Sheats return to Elvira to create her most outlandish adventure yet.Elvira herself has even recorded brand new HD video scenes especially for the machine to be shown on the game’s high definition display. The playfield features an eclectic set of features inspired from the previous Elvira themed games, including jumping gargoyles, the Dead Heads and even the crate returns in the form of Elvira’s Junk in the Trunk. 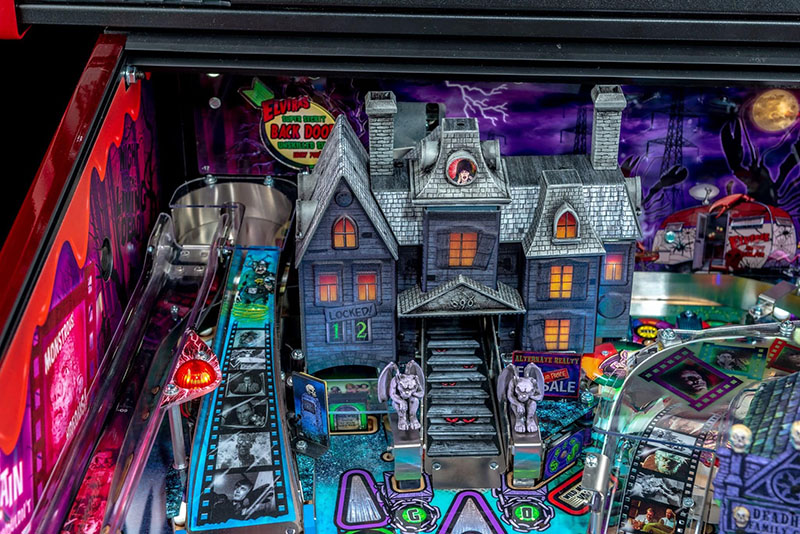 The LE version of Elvira’s House of Horrors includes a whole host of additional features and embellishments to make it Elvira’s most generous outing yet. Full RGB LED lighting covers the playfield, allowing any insert to display any colour. 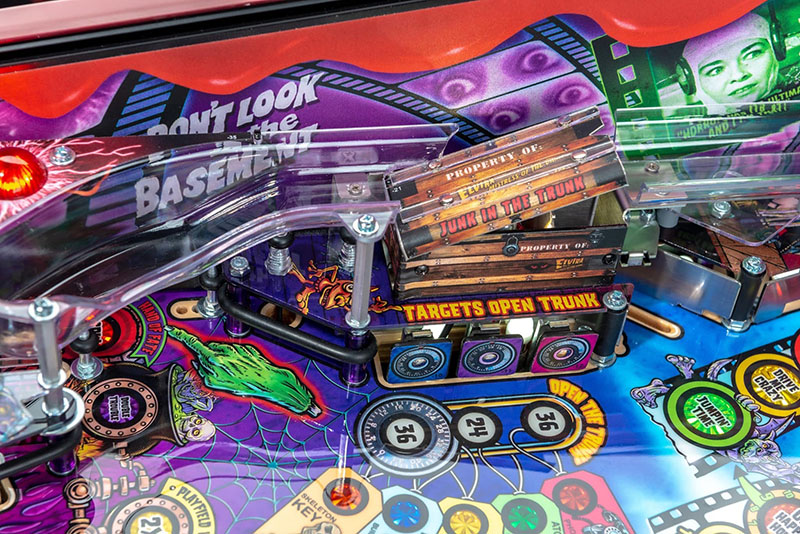 The LE also adds a huge amount of additional goodies that makes it the ultimate package for any fan of Elvira. Being limited to only 400 machines globally, Elvira’s House of Horrors LE includes an individually numbered serial plate for the backbox, and a protected, autographed playfield by the game’s designer Dennis Nordman. 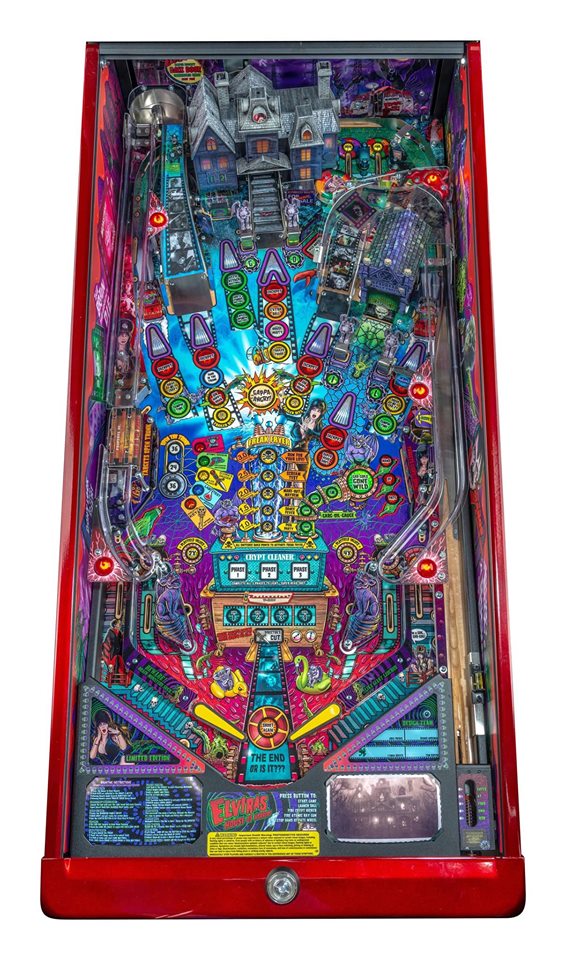 Cassandra Peterson’s Elvira – Mistress of the Dark has entertained generations of horror fans since in 1981, and has been one of pinball fans favourite machines with Elvira and the Party Monsters and Scared Stiff. STERN Pinball’s Elvira’s House of Horrors is the long awaited third game in the trilogy, and is ready to delight an entirely new generation of pinball fans.

Stern’s Elvira’s House of Horrors Pinball is available in three versions – The Pre Edition, the Limited Edition and the incredibly limited Signature Edition model. A sheet comparing the features of these three machines can be viewed here: elviras-house-of-horrors-pinball-machine-features-matrix.pdf

For more details see our Showroom page. For directions see our How to Find Us page.
Stern Elvira’s House of Horrors LE Measurements: