The Deadpool Premium Pinball Machine comes with free delivery, 2 year warranty and we have the lowest price for the Official UK version. 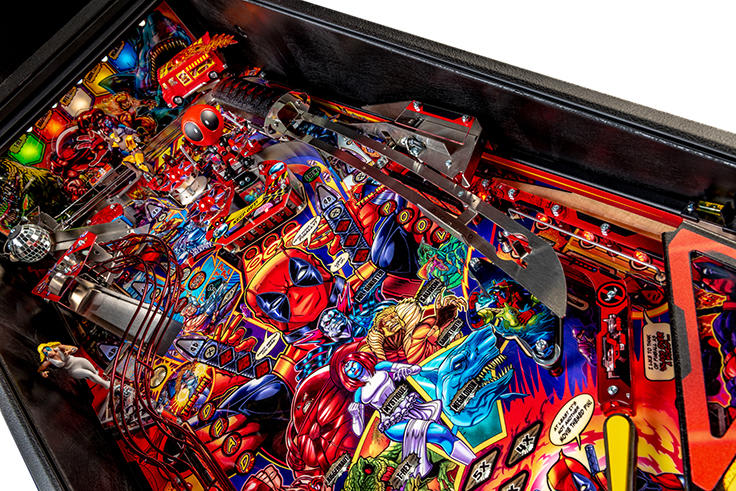 Deadpool is designed by industry legend George Gomez, who is responsible for some of the greatest player favourites of all time, invcluding Monster Bash, Lord of the Rings and Batman 66 amongst others. Gomez’s design is completed with incredible comic inspired artwork completed by Zombie Yeti whose work is instantly recognisable from games such as Iron Maiden, Ghostbusters and Aerosmith. The game also features a high definition LCD display to replace the regular Dot-Matrix-Display normally found on pinball machines. 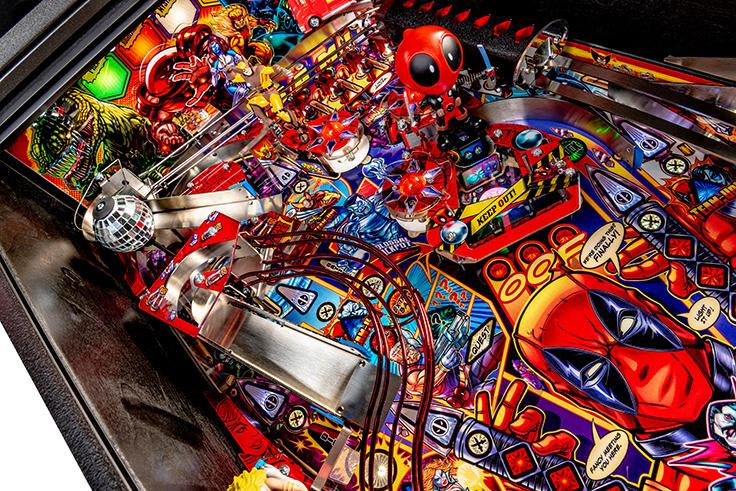 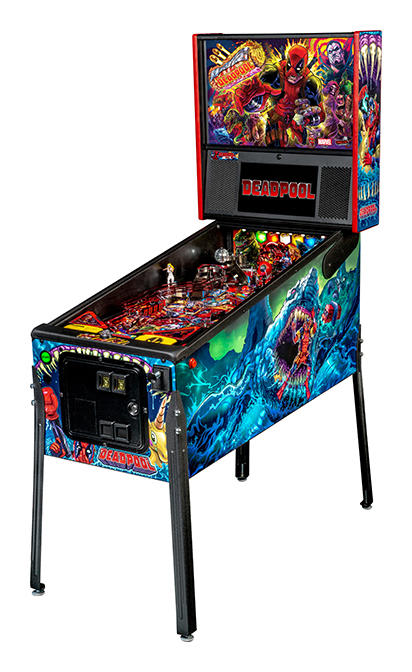 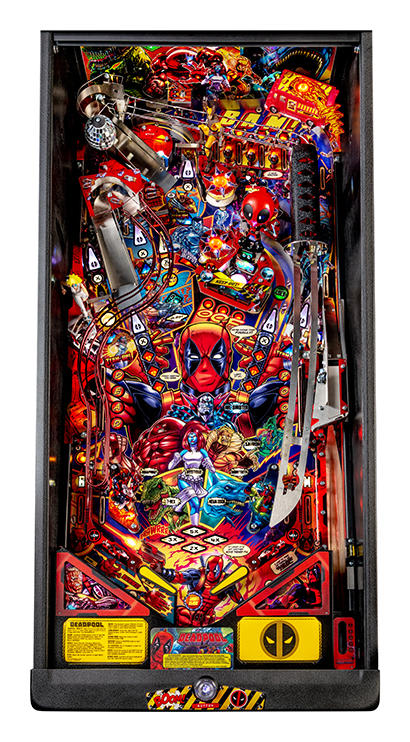 For more details see our Showroom page. For directions see our How to Find Us page.
Deadpool Premium Measurements: