The Black Knight: Sword of Rage LE Pinball Machine by Stern Pinball comes with free delivery, 2 year warranty and we have the lowest price for the Official UK version.

(Video shows the premium version of the game) 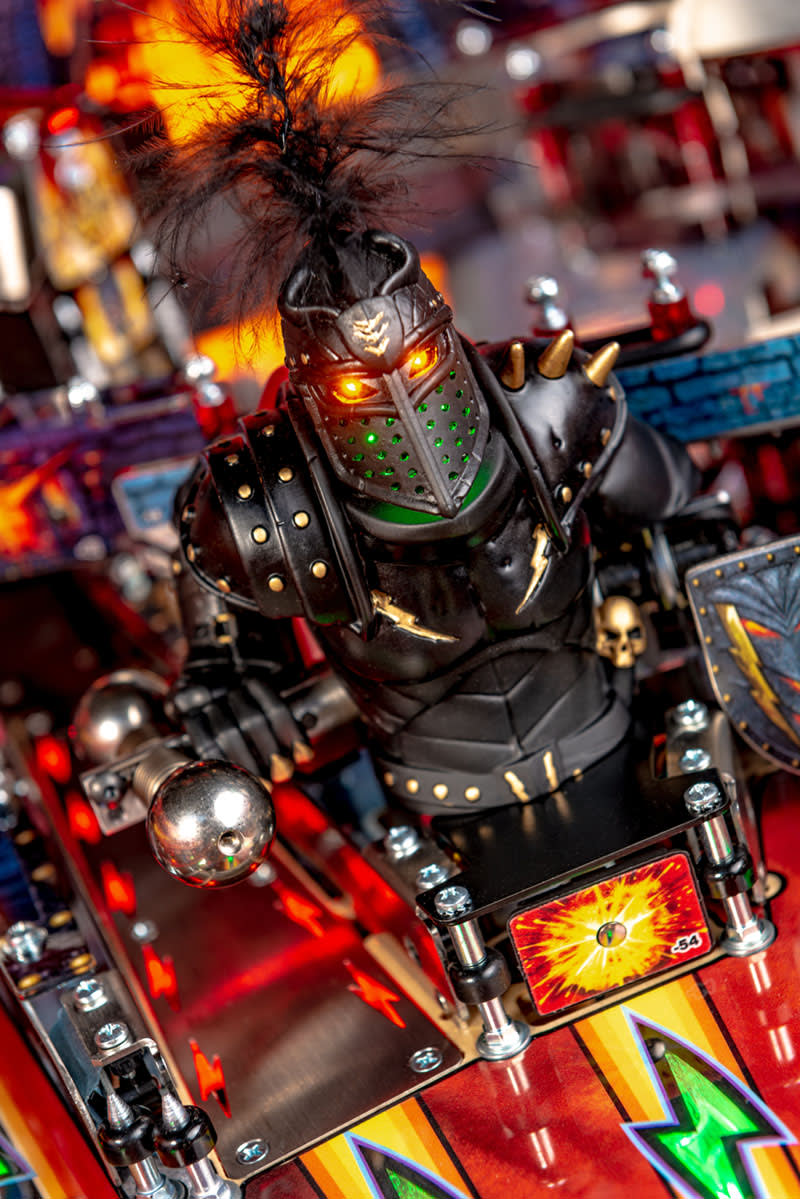 Do YOU have the power to fight back? STERN Pinball delves back into pinball history to revisit one of pinball’s most iconic characters – The Black Knight! Pinball fans will need little introduction to The Black Knight. Appearing in his first runaway pinball success in 1980 in Black Knight, and then again in 1989 with the lightning fast Black Knight 2000, the Black Knight makes a return after 30 years in Stern Pinball’s Black Knight: Sword of Rage.

The LE version of Black Knight: Sword of Rage puts players of all skill levels to the ultimate test, giving pinball lovers the world over a return to this iconic character who has since become a character synonymous with the silver ball. 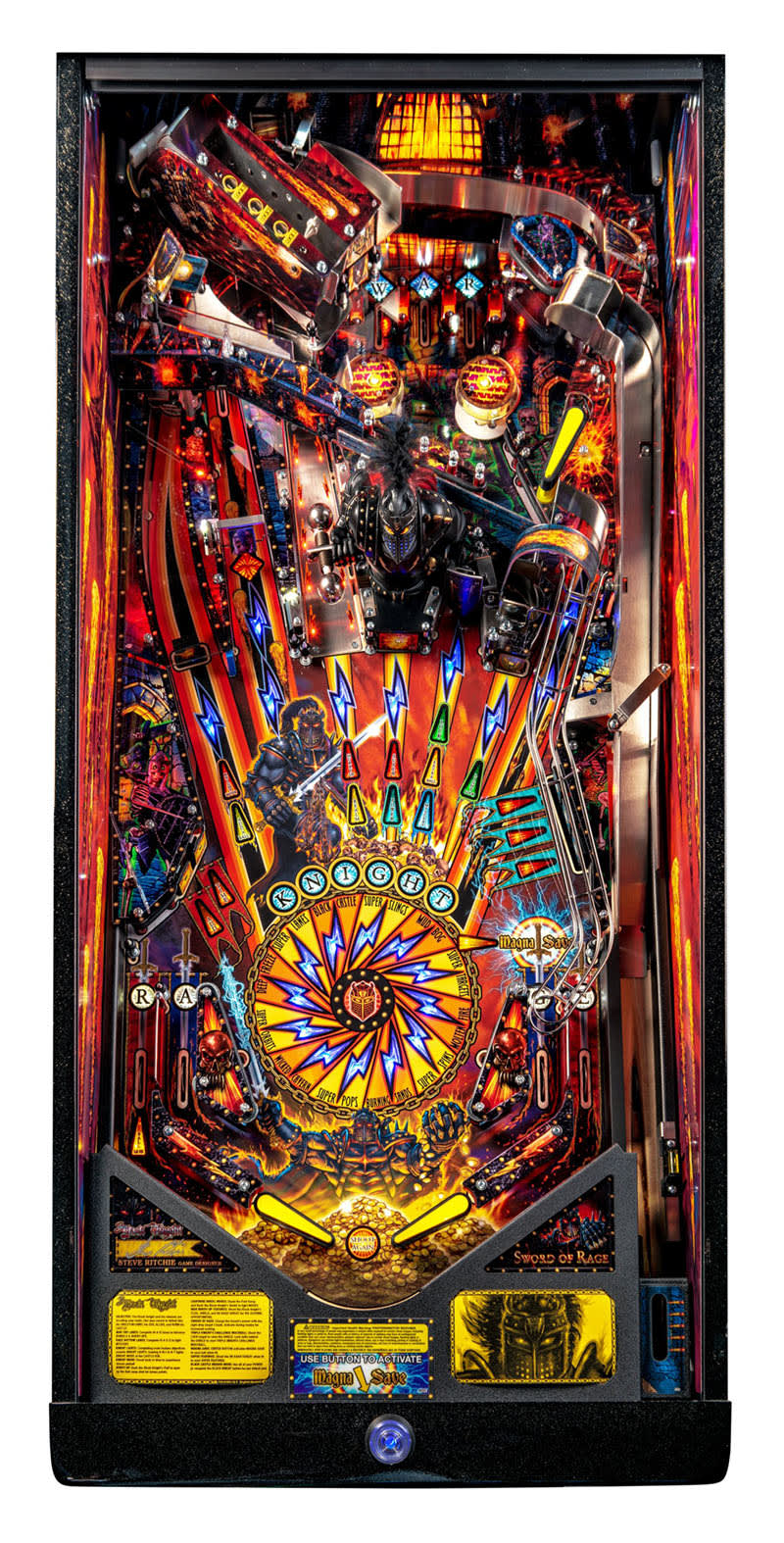 The LE (Limited Edition) version of Black Knight: Sword of Rage literally takes the battle to a whole new level, by implementing a completely elevated playfield at the back of the game, calling back to the original Black Knight pinball machines. This upper playfield even features a unique locking shot, that can allow players to activate a frenetic 6 ball multiball!

The LE is limited to only 600 machines worldwide, and includes a unique, serialised metal plaque, collector’s certificate of authenticity signed by Gary Stern, factory fitted shaker motor, internal art blades and even the autograph of the game’s designer Steve Ritchie on the bottom arch of the playfield. 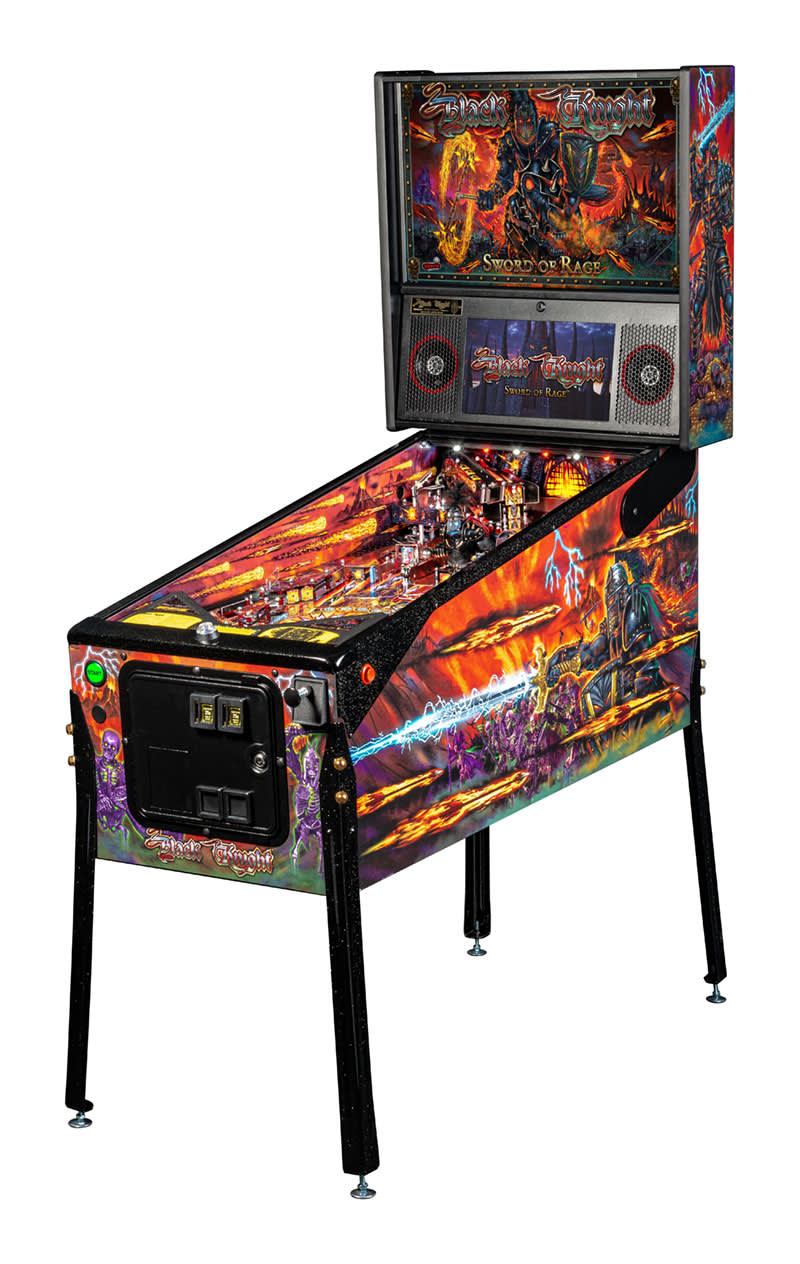 For more details see our Showroom page. For directions see our How to Find Us page.
Black Knight: Sword of Rage Pinball Measurements: