View cart “Star Wars Premium Pinball Machine” has been added to your cart.

The Stern Batman 66 Premium Pinball Machine comes with free delivery, 2 year warranty and we have the lowest price for the Official UK version.

Zap! Pow! Wham! Batman 66 is a crime fighting pinball adventure like no other! Based on the cheesy, yet iconic 60s TV series starring Adam West as Batman and Burt Ward as his trusty sidekick Robin, Batman 66 has been created to celebrate both the series’ 50th anniversary as well as STERN Pinball’s 30th anniversary. Batman 66 features a playfield that’s loaded with colour and personality, as you square off against Batman’s most devious villains, including The Riddler, The Joker, The Penguin and Catwoman. Also including features never seen before on a STERN game and commentary from Adam West and Burt Ward themselves, Batman 66 is the ultimate celebration of this legendary TV icon!

The fantastic Premium version of the Batman 66 pinball features an art package inspired from the classic TV show and is designed by George Gomez who is famous for his work on many different amazing tables throughout the years, including Monster Bash (Williams), Johnny Mnemonic (Williams) and Transformers (STERN). This model includes STERN’s first ever high definition LCD display in the backbox, which replaces the industry standard DMD to display game information with stunning visuals. The playfield is a hive of different gadgets and toys, and features all of Batman’s most devious enemies. Face the Penguin with his large crane that swings out over the playfield, or lock balls in the Action Turntable for Multiball. 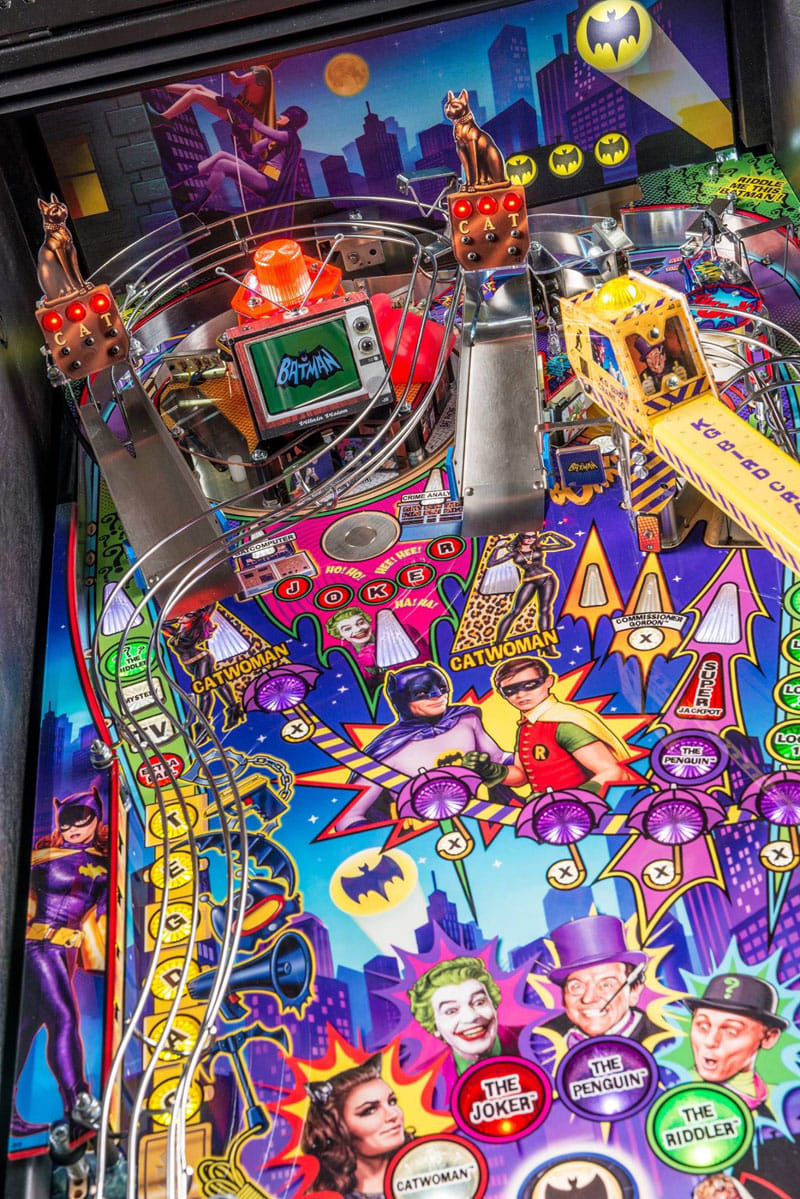 Batman and Robot first took to television screens in 1966, and in 2016 is celebrating its 50th anniversary since initially hitting the airwaves. This stunning game looks to recapture the spirit and charm of the original show with its cast of colourful comic-book heroes and villains as they fight for control of Gotham City. 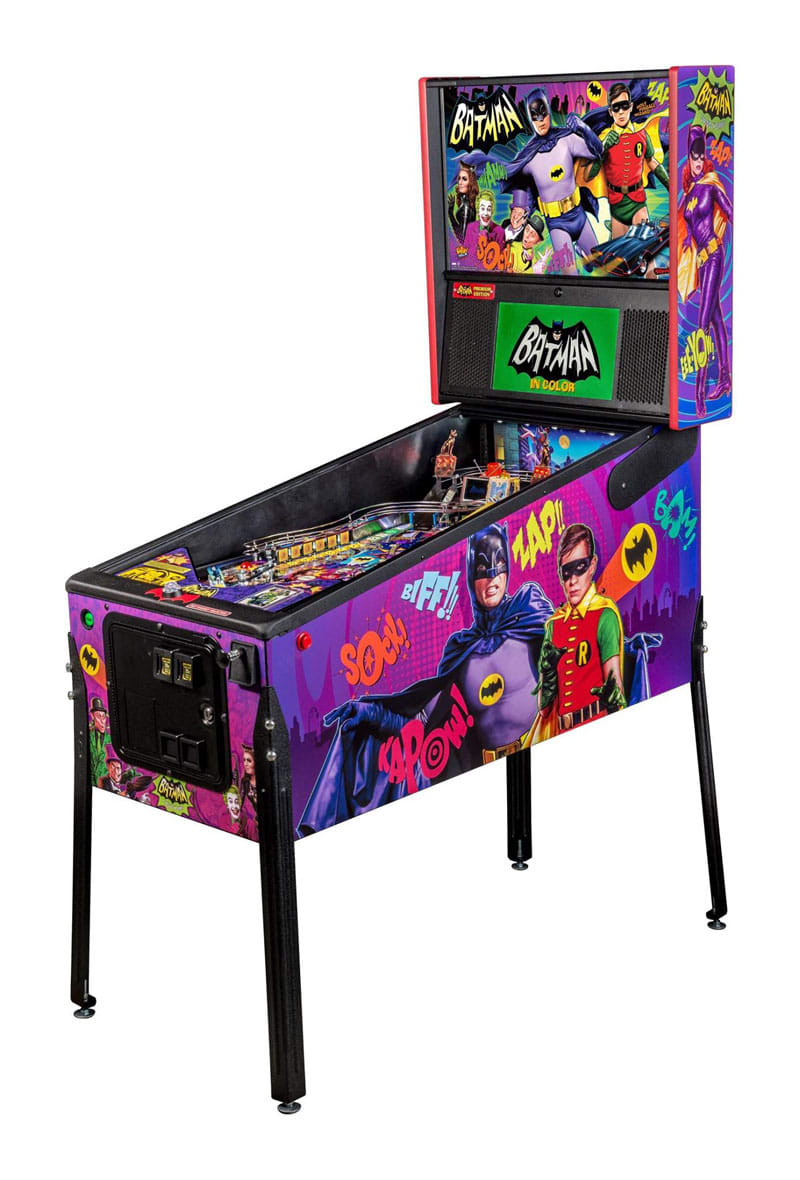 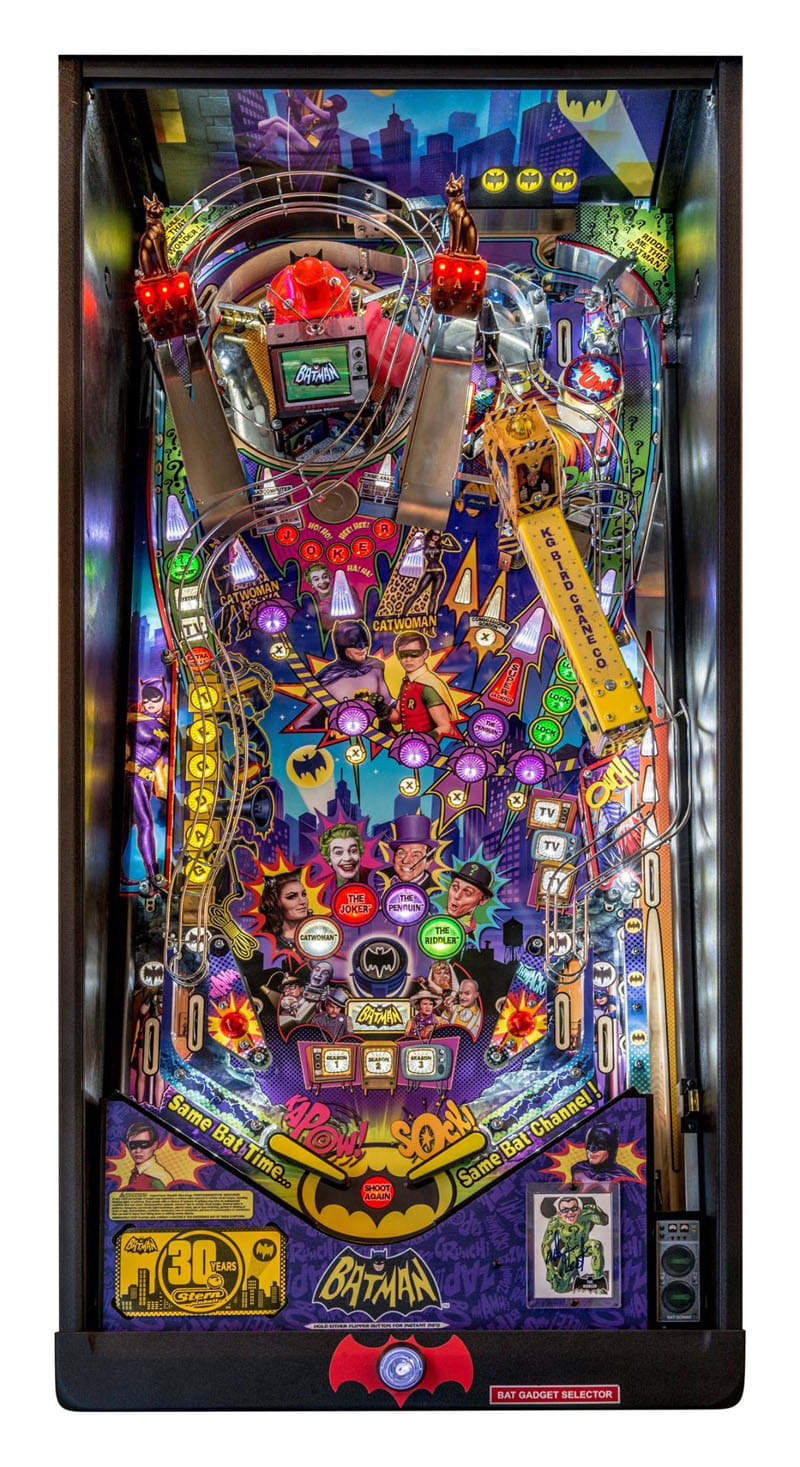 For more details see our Showroom page. For directions see our How to Find Us page.
Stern Batman 66 Premium Measurements: