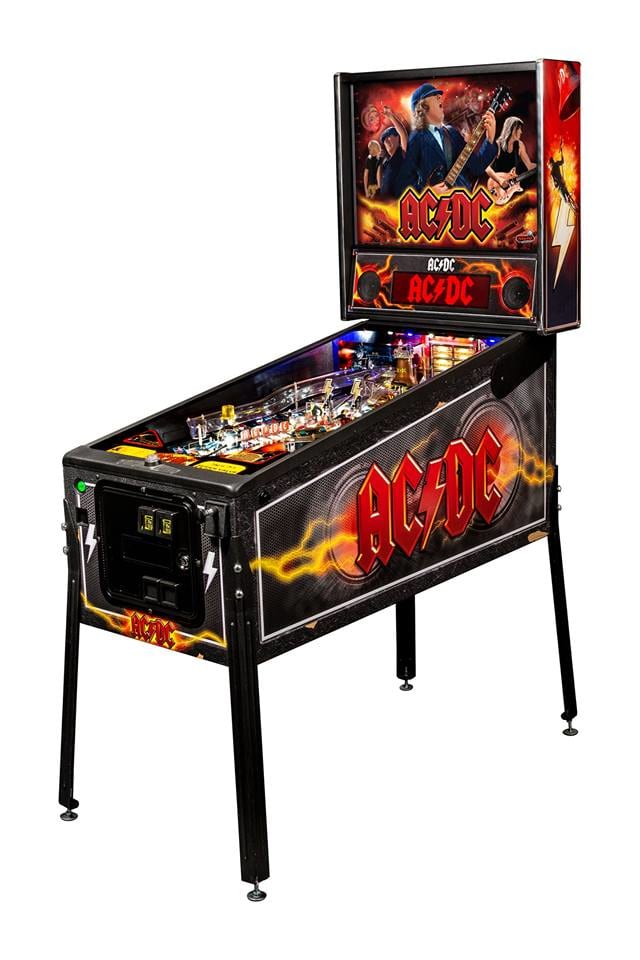 This AC-DC Pro Pinball Machine is manufactured by Stern, makers of some of the greatest pinball machines in history. Following hot on the heels of the other rock band inspired pinball machine, Rolling Stones, is the AC/DC pinball game. The Australian band, formed in 1973 by brothers Malcolm and Angus Young, are considered as the pioneers of heavy metal. This special ‘vault’ edition of the game is a reproduction of STERN’s incredibly popular game from 2012. The Vault Edition brings back AC/DC’s classic fast playfield, but with updated lighting, a new hardware set up, and all new artwork on the game’s playfield. 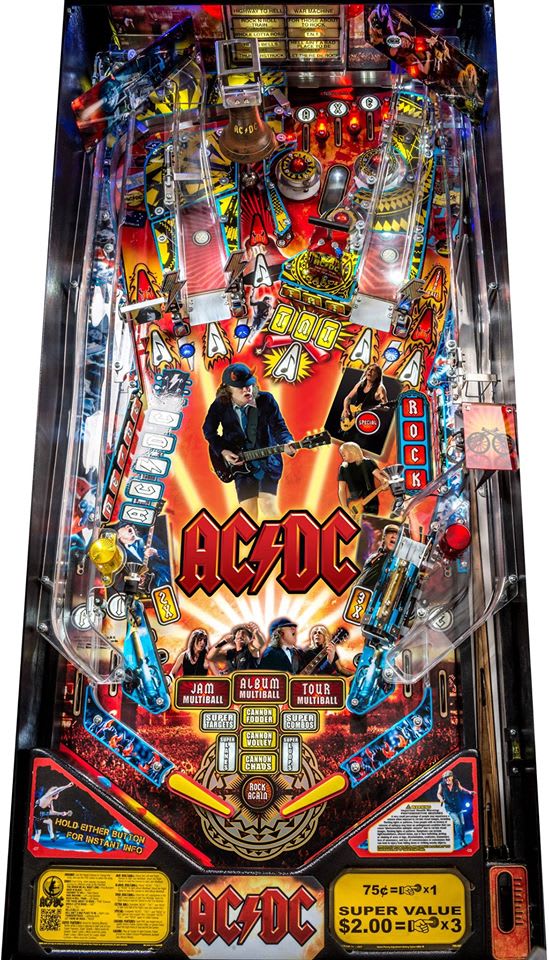 The translite image features a composite of Angus Young front and centre in his schoolboy outfit, with brother Malcolm behind, lead singer Brian Johnson on the left wearing his trademark flat cap, bassist Cliff Williams behind Brian, and Phil Rudd on the right on drums.

Mixed with the five band members are elements from their albums and tours, such as the inflatable Rosie character they have on stage during Whole Lotta Rosie, the train image from Rock-N-Roll Train and the cannon used on the cover of For Those About To Rock, on that same track and in their live performances.

For more details see our Showroom page. For directions see our How to Find Us page.
Stern AC/DC Pro Vault Edition Measurements:

We offer the same warranty as detailed above for our home customers, but for 30 days